BGL, the Quebec City art collective, is renowned for its installations that take hold of exhibition settings and public spaces. Described as “provocative, critical, and explosive”, their pieces use humour and extravagance to draw attention to social and political concerns.

The three artists, Jasmin Bilodeau, Sébastien Giguère, and Nicolas Laverdière, began to acquire some recognition when they finished their degree at Laval University in 1996. 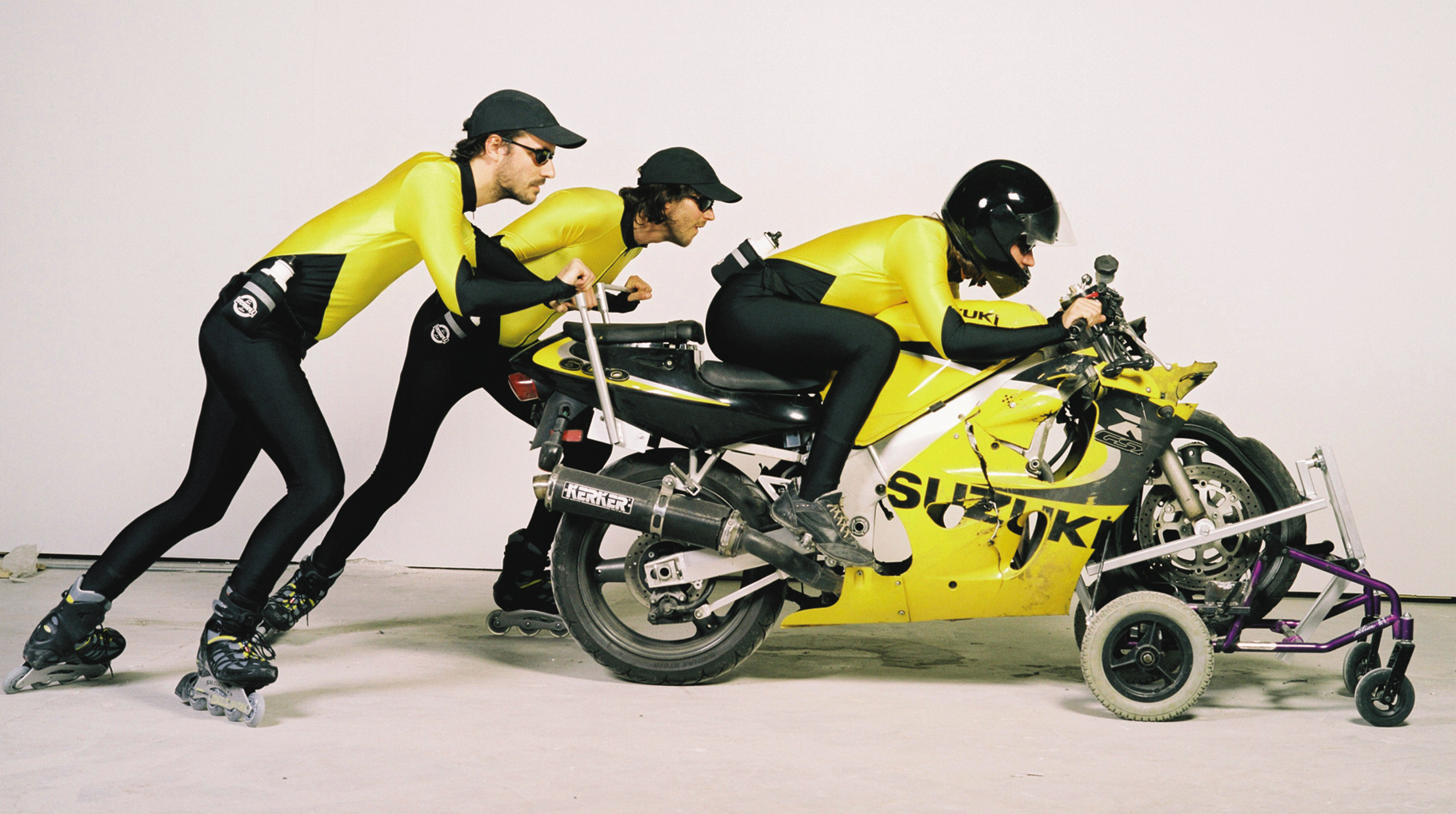 Among the memorable pieces in their portfolio, a few should be mentioned, namely À l’abri des arbres [Sheltered from the Trees] at Musée d’art contemporain de Montréal, in 2001; Need to Believe at Mercer Union, Toronto, in 2005; as well as Le discours des éléments [The Discourse of Elements], presented at Oeil de Poisson, Quebec City, in 2007.

Their work was exhibited at Casino Luxembourg (Sous les ponts [Under Bridges], 2005), at the Artists Space New-York (On Beeing An Exhibition, 2007); at National Art Gallery of Canada (Caught in the Act, 2008-09); at the Art Gallery of Alberta, in Edmonton (Fun House, 2007); at the Galeria Toni Tàpies in Barcelona (Manoeuvre/Maniobres [Manoeuvers], 2009); at the Canadian Cultural Centre in Paris (Artistique Feeling, 2008); at the Contemporary Art Gallery in Vancouver (Marshmallow + Cauldron + Fire =, 2009), and at Mac-Val in France (Spectacle + Problème [Spectacle + Problem], 2011). They were part of Nuit Blanche in three different cities – Toronto in 2008, Paris in 2011, and Calgary in 2012 – and were also featured in an exhibition titled Oh, Canada at MASS MoCA (Massachusetts Museum of Contemporary Art, U.S.) in May 2012.

In 2011, BGL won Maison symphonique de Montréal’s integration of art in architecture contest. More recently, the trio won a Pan-Canadian contest launched in Montreal-North (the gigantic sculpture will be installed in 2015). They also were rewarded, in 2014, at the contest that the people behind Toronto’s 2015 edition of the Pan-Am Games – an important Pan-American sports event – organised to set up a piece outside the aquatic complex. They were selected to represent Canada at the Venise Biennial.

BGL is represented by Parisian Laundry in Montréal, Diaz Contemporary in Toronto, and Galerie 3 in Quebec city